Today has been a day of four distinct quarters.

This morning, I had the great pleasure of reacquainting myself with some friends made over 30 years ago, and have not seen since 1990. I surprised them by turning up at their church and waiting at the entrance for them to arrive. I was rewarded by a huge smile and the words, ‘I know you! It’s Katrina!’, before being wrapped up in the first of several enormous hugs.

This lovely lady made me feel like the most special thing to have happened to her in a long while and as we chatted, she told me she had always considered me a special person and often thought of me over the years.

The older I get, the more I am of the opinion that amassing great fortunes, or having expensive things is NOT what we are put on this earth to do, and will ultimately leave us feeling empty and unfulfilled. However, to touch the hearts of others, and to love and be loved, is precisely what we were designed to do.

I came away from that meeting feeling humbled, but also lifted up. That sounds like a contradiction in terms, but I am nothing if not contrary!

After lunch, we drove out of Papakura to the Hunua Falls. As a much younger person, I used to come to this place reasonably often, and I knew exactly what to expect. However, I was surprised by the large number of people who had a similar idea. Back in the day, it was a much less well beaten track! 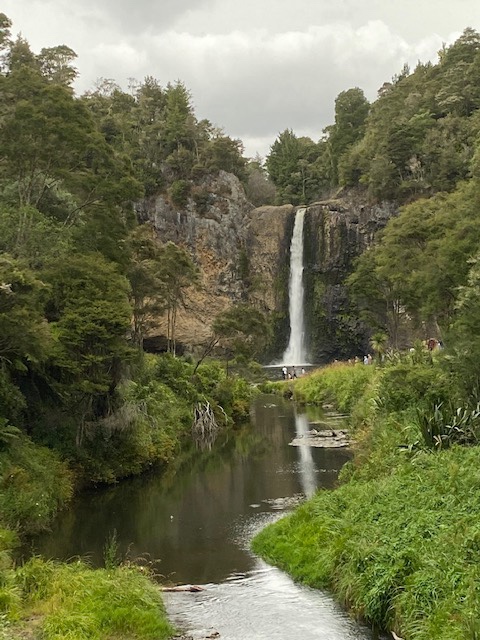 In the winter months, and after heavy rain, the falls increase in width to span the whole of the top of the falls. In the summer, however, it is a thinner ribbon of white. That being said, it still lets out a mighty roar as the water rushes inexorably over the edge.

We took a short walk through the surrounding bush. The lush New Zealand foliage did not disappoint.

The sky was overcast, but became increasingly, and unusually dark. As we left, an eerie yellow hue had crept into the shadows, giving everything a sepia stain. The tragic reason for this is the terrible bush fires that have been ravaging Australia since last November. The whole of Auckland and many of its outer reaches had been affected by a plume of smoke which had traveled thousands of kilometres and which had blocked the sun and filtered out the blue light in the spectrum. 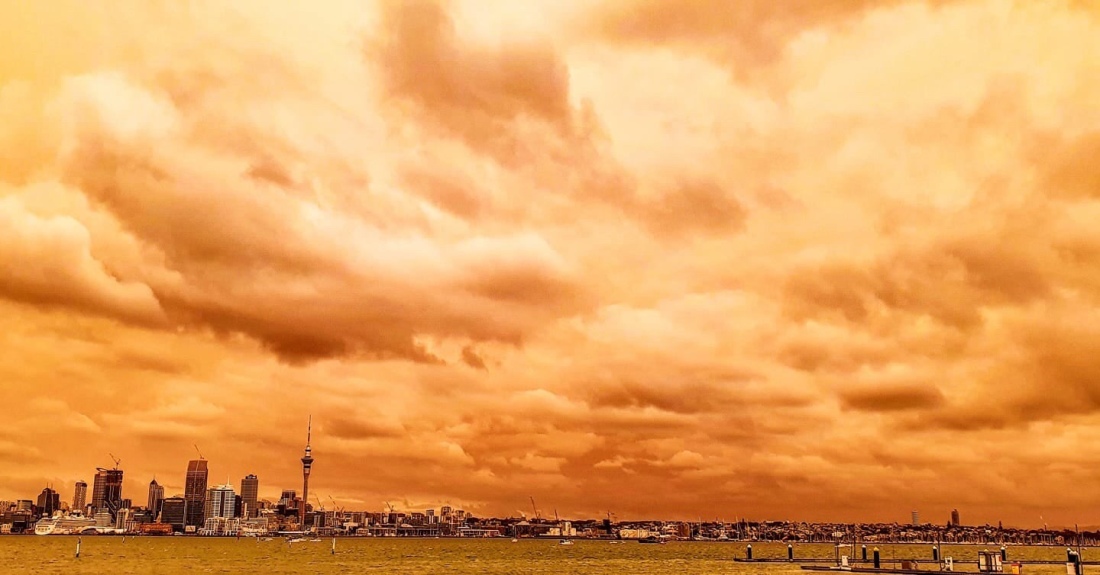 While the strange skies we were experiencing were a little unsettling (especially for the wildlife), it was nothing compared to the horror the Australian people are going through, and a reminder to take nothing in life for granted.

In the late afternoon, I drove from Papakura to Cambridge to visit some ex-pat English friends. Years ago, I regaled them with too many stories of how wonderful New Zealand is, and after a while they took me at my word and decided to emigrate! England’s loss is New Zealand’s gain – and has the added advantage of an extra reason (if one were needed) to come back to visit!

I enjoyed the drive down, and had to chuckle at some of the road names that I feel could only be found in this brilliant country!

It definitely lived up to its name!

I live in southern England, but often wish I wasn’t tied to anywhere and could just go where the wind takes me. That not being possible, I manage to hold down a job (and a family!) and keep my dreams mostly to myself. They say that still waters run deep, so before mine get so old that they start to stagnate, I've decided it's time to open the flood gates. Who knows what might happen next? View all posts by katsighs