The past couple of days have been a mixture of culture, friendship and memory lane. As Tuesday dawned rather grey and uncertain, we decided to find something to do that was inside rather than out, so we set off for the Auckland War Memorial Museum.

The museum is an imposing building within a tranquil park, which has beautiful views of the harbour. Since 1929 it was also served as a place of remembrance for the many New Zealander’s who have sacrificed their lives in war.

New Zealanders take their history in combat very seriously and choose to honour the memories of the sacrifices made by so few, for so many. Therefore, every year on ANZAC Day, there is a very well attended dawn parade service at the cenotaph, which stands on consecrated ground.

We spent most of our time there browsing the Maori collection. For me, the highlights of this were the wharenui, which is the Maori name for a ‘big house’ – more commonly known as a whare. And the waka. The whare is a communal house, generally situated as the focal point of a marae, which is a fenced in complex of buildings that belongs to a particular iwi (tribe), hapu (sub-tribe), or whanau (family). It is very much a place of belonging for the Maori people. Wakas are Maori watercraft, usually canoes, variously used for fishing, travel and for war. They are often beautiful and ornately carved.

I was curious as to why the museum had hung a map of NZ on the wall, on its side, rather than the ‘right way up’. As we looked further around the exhibits, we came across a digital depiction of Captain Cook’s mapping of the country in 1769, and it is clear that he arrived from the east, first stopping on the east coast of the North Island. Therefore, Aotearoa – The Land of the Long White Cloud – would have been seen from this angle! It was quite interesting to have my perception of the shape of NZ so challenged!

There were many beautiful things to see in the museum. 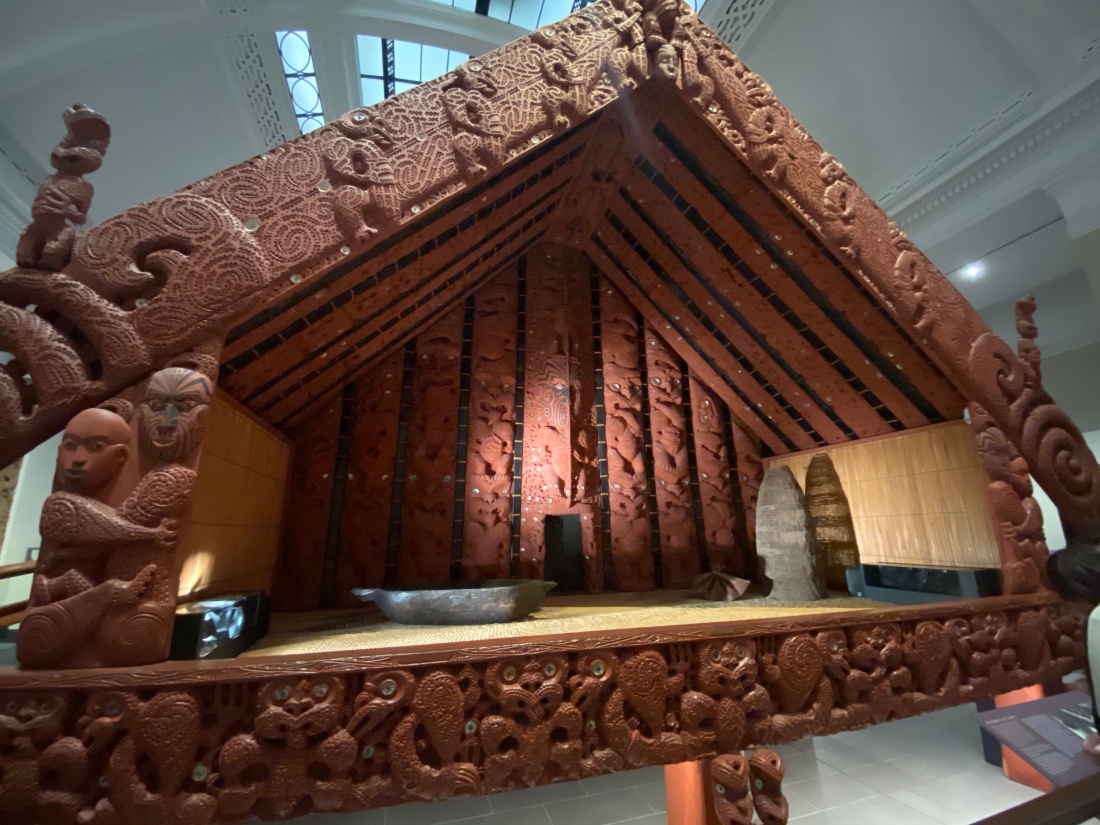 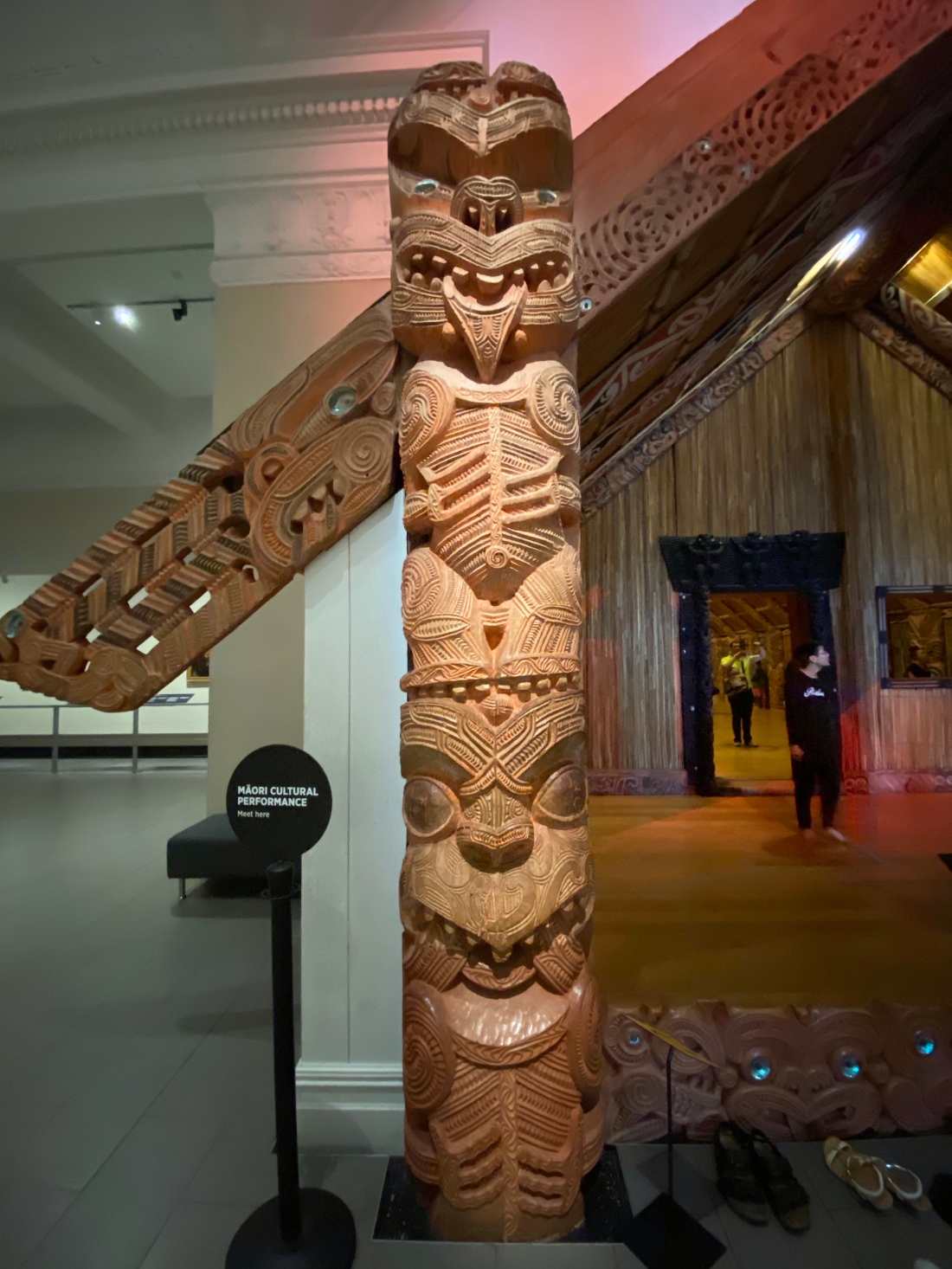 One thing I really liked was that there was free entry for Aucklanders, and that New Zealander’s from elsewhere were invited to make donations. The only fixed charge was for tourists, and I did not have a problem with paying for the privilege of going there. I think it is such a good idea to make the treasures of the museum as accessible as possible for the local people.

After leaving the museum, we went onto the Winter Gardens, further down the Domain. Despite their name, they were actually full of wonderful summer flowers! Such a spectacular show of colour! 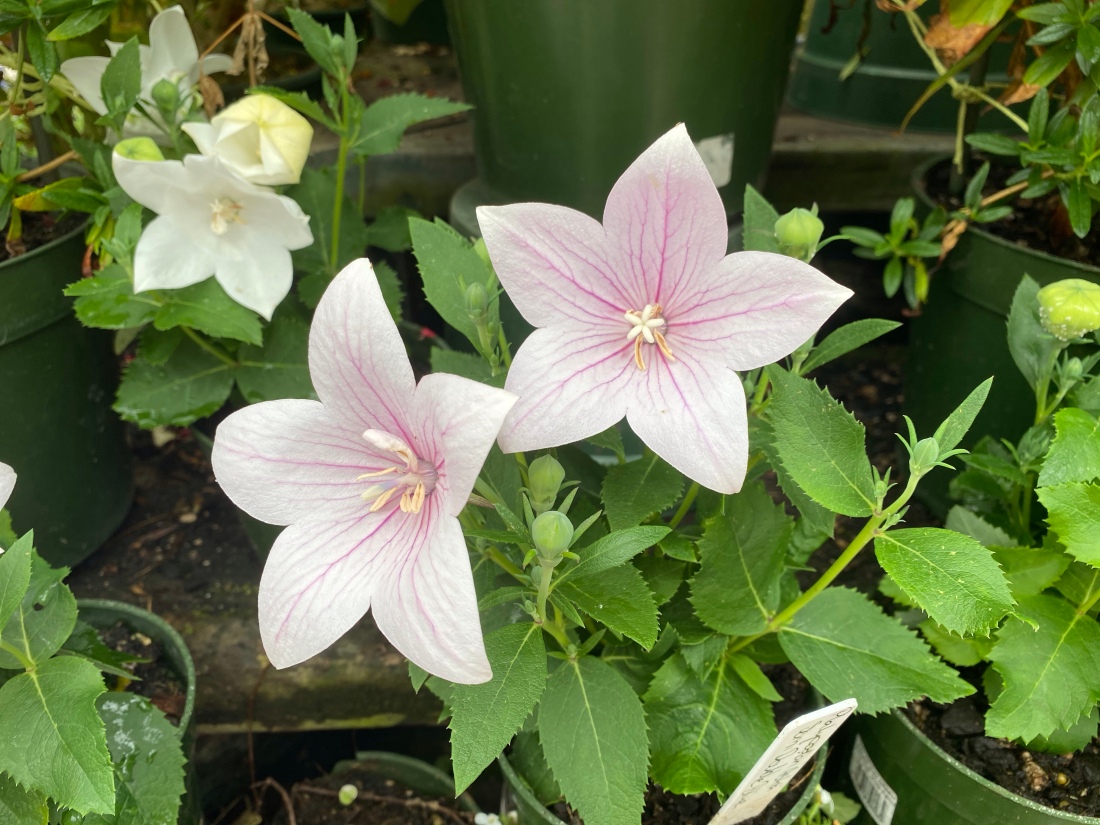 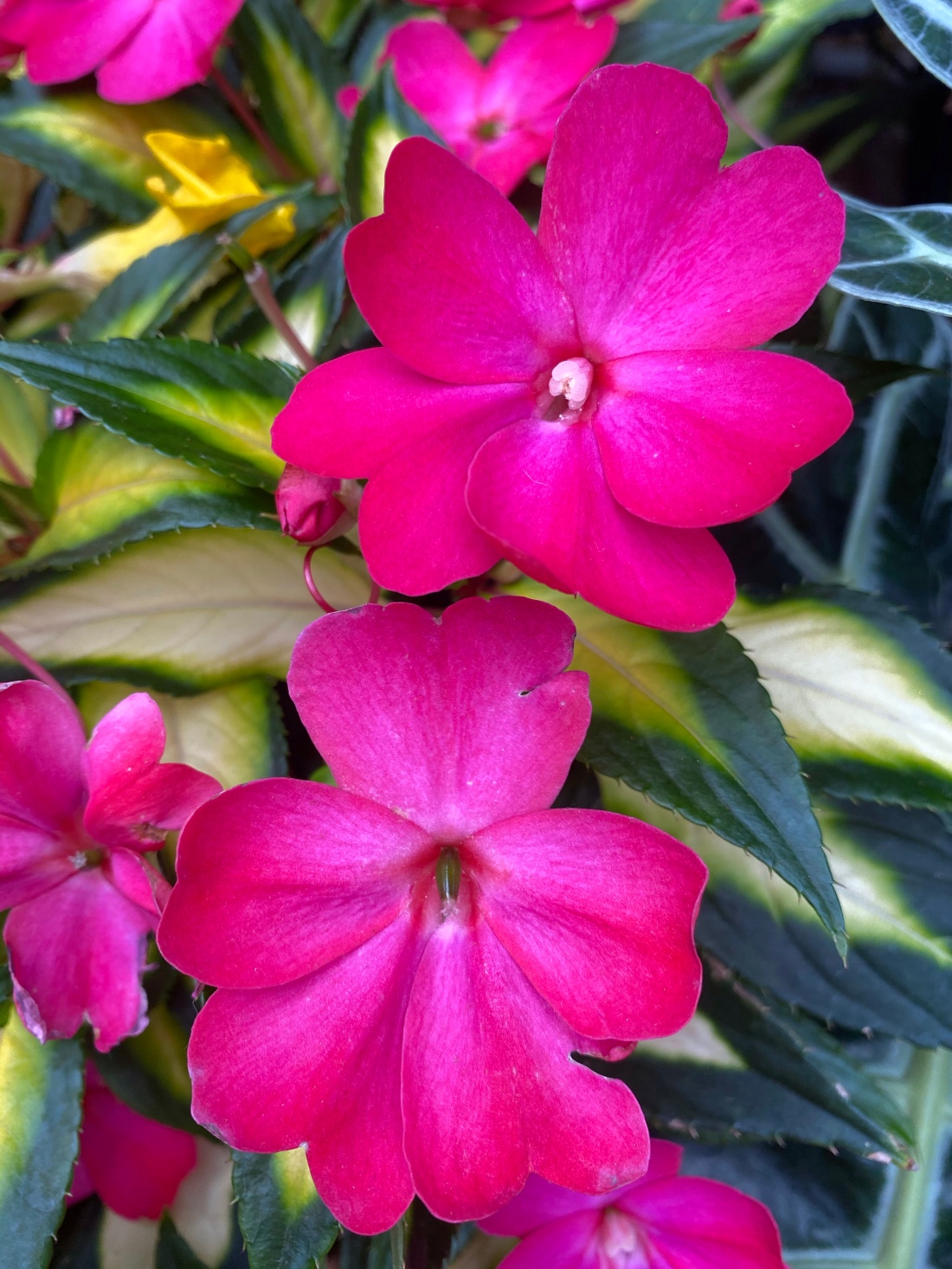 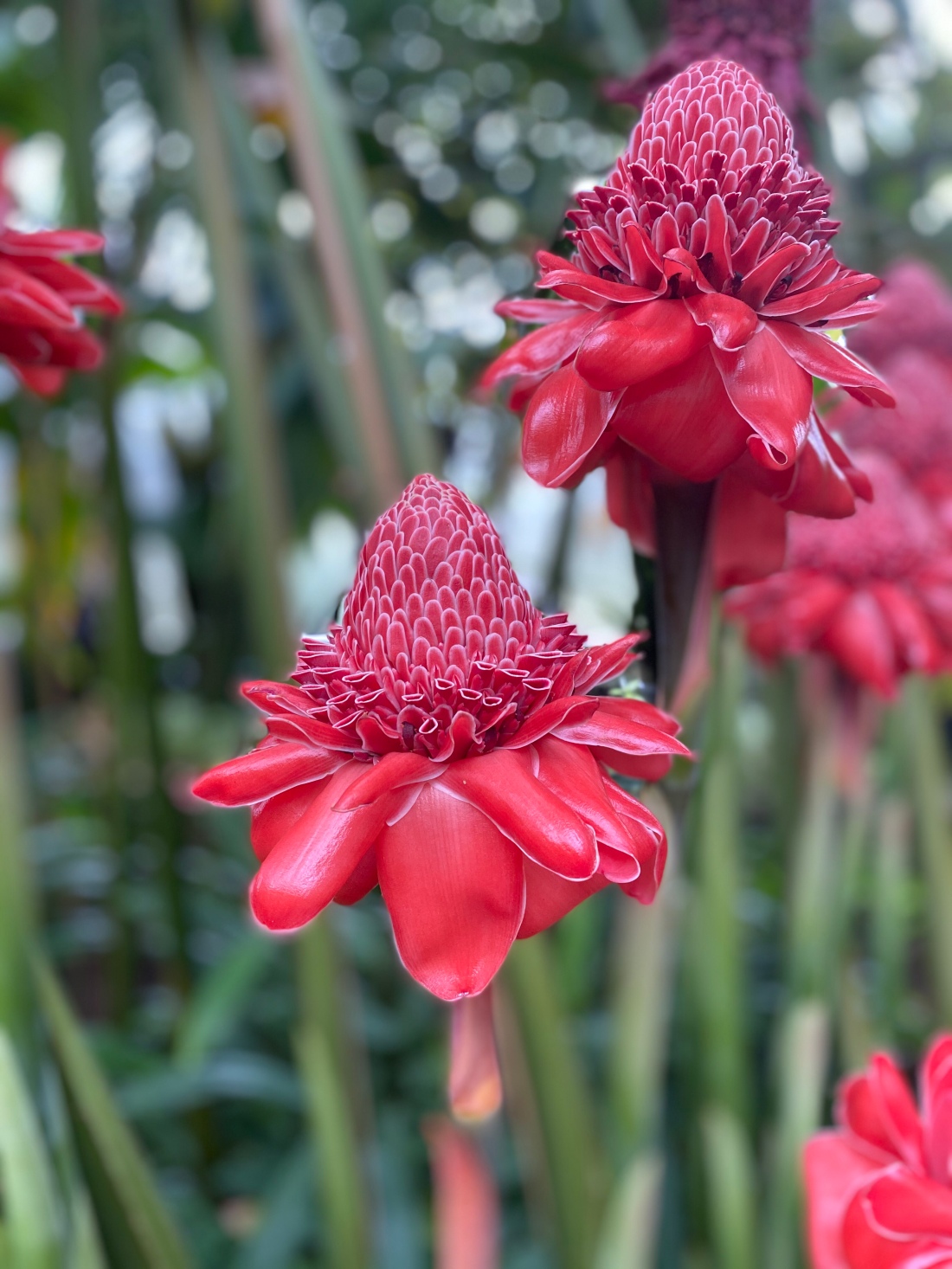 In the grounds of the Domain, an old tree was particularly eye catching, as it seemed to take on a tangled, animated life of its own, sprawling its way across the grass. 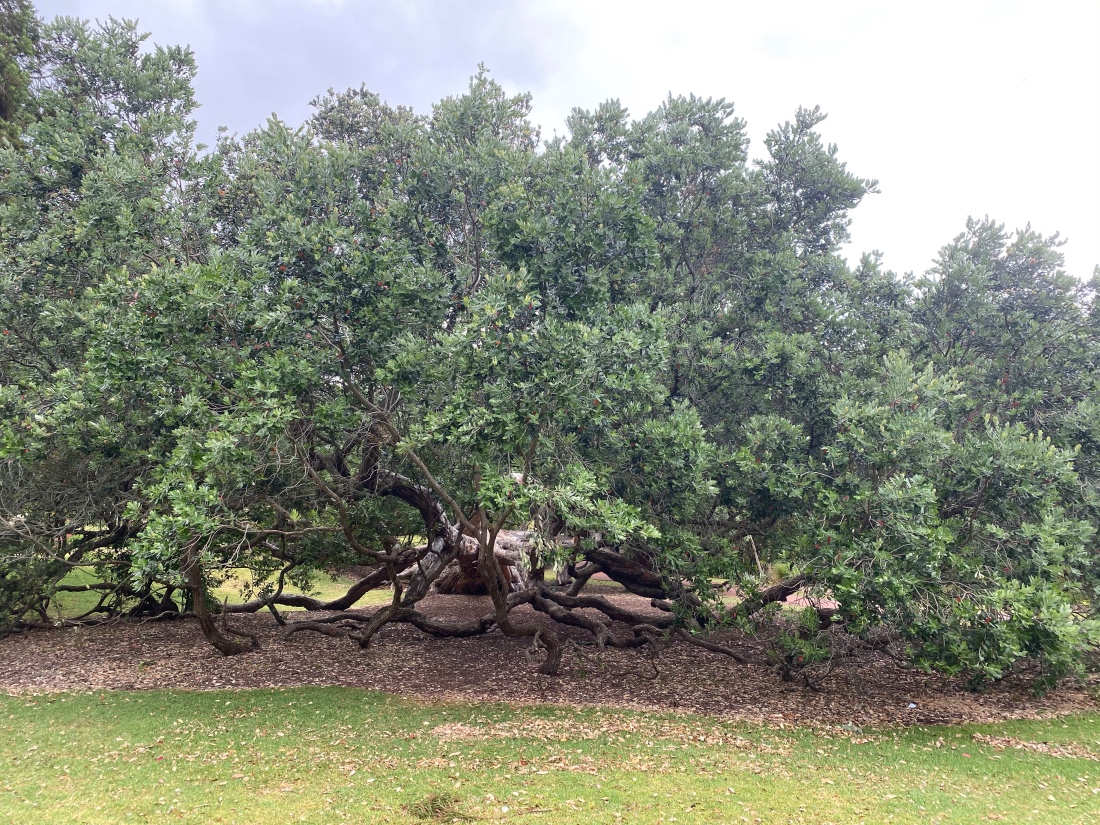 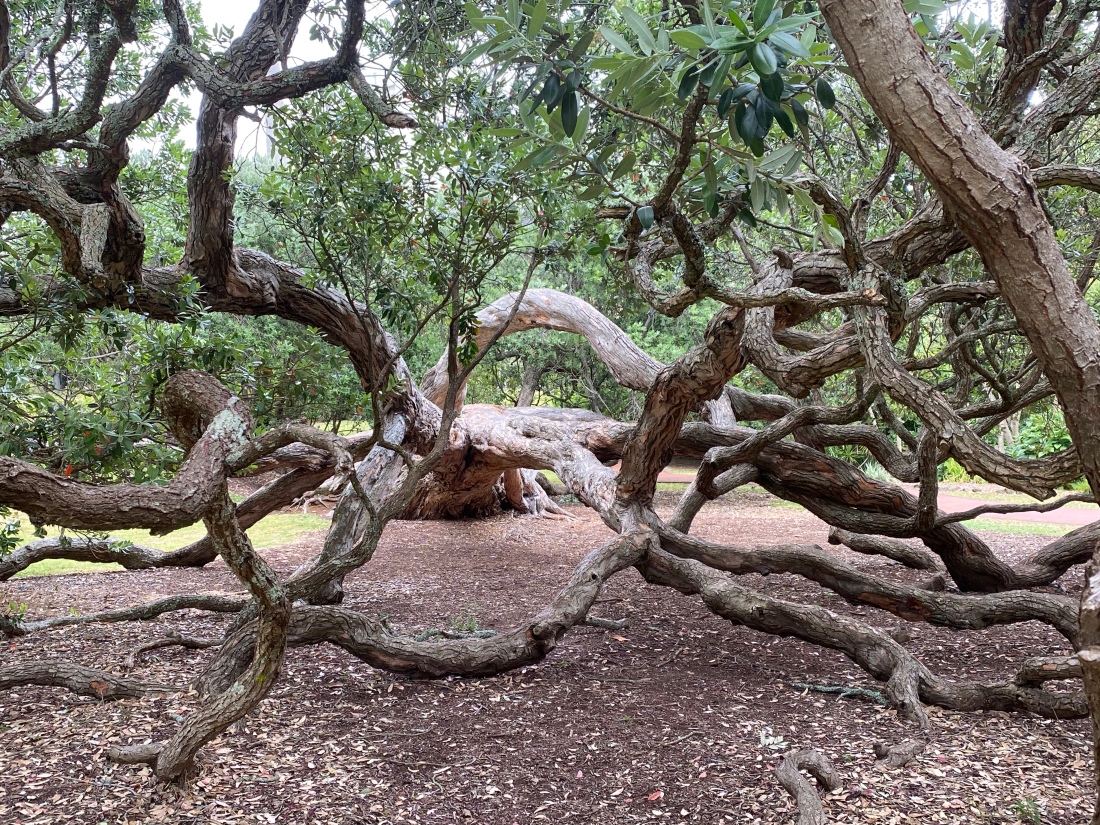 The next day the blue skies returned, and I revisited some old haunts, spending some time in Devonport and Takapuna.

Rangitoto Island is a dormant volcano, which last saw active service some 800 years ago. It is still an imposing sight, standing resolute in the Hauraki Gulf. People may come and go, but Rangitoto remains steadfast. If the old island could talk, I’m sure it would have many interesting tales to tell! 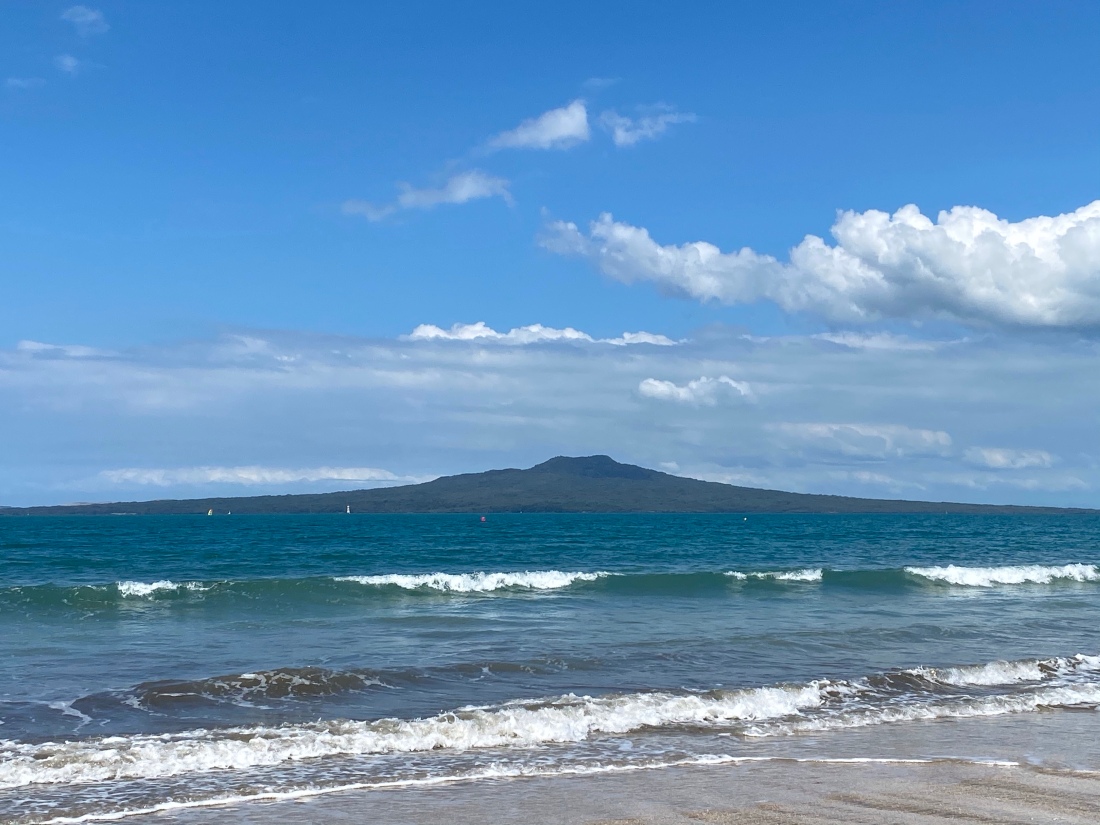 I particularly enjoyed seeing the old colonial style houses that can be found all over NZ, but especially in this part of Auckland.

My time in NZ is going way too fast. I am already over half way through my stay. Perhaps by the end of it, I will feel ready to go home. But then again…

I live in southern England, but often wish I wasn’t tied to anywhere and could just go where the wind takes me. That not being possible, I manage to hold down a job (and a family!) and keep my dreams mostly to myself. They say that still waters run deep, so before mine get so old that they start to stagnate, I've decided it's time to open the flood gates. Who knows what might happen next? View all posts by katsighs