After arriving yesterday, and having slept for 11 beautiful hours, today I went with some of my friends from Papakura, where I am staying, to Devonport on the North Shore of Auckland.

We took a detour to Takapuna on the way, and the place where I lived for four years after first arriving in New Zealand. The navy housing in that area is gradually being demolished and the land redeveloped, but I was pleased to find my old house is still standing and although it looks quite sorry for itself, I regarded it with much fondness.

We took the ferry across to the city. The sea was quite choppy, but the journey was surprisingly smooth. It was slightly overcast, and there was some light rain, but we were soon city side.

Due to the earthworks going on in downtown Auckland, which will see a new rail network (including some underground routes) linking parts of Auckland together, the route to Queen Street was a little hampered. But we managed to get through, and spent a couple of happy hours wandering up one side of the street, and then down the other.

We went as far as Aotea Square, where we also stopped for lunch at a burger place called ‘Carl’s Jnr’.

I was really pleased to see the iconic Farmers Santa still smiling down on all Aucklanders, as I understand there is some doubt about how many more years he will be a Christmas feature. I hope it’s for a long time to come!

The journey back to Devonport saw bright, sunny skies and we sat on the outside upper deck, which gave great views of the city as we retreated from it. 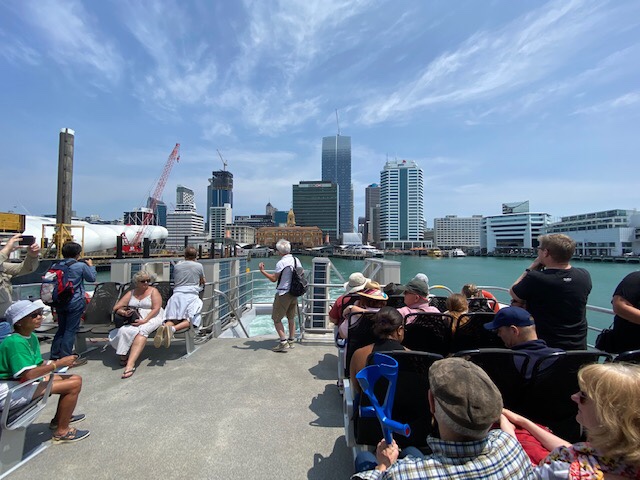 Back in Devonport, we had a little look around. It’s such a pretty place, with small independent shops and cafes lining the street. I was particularly struck by a very large and unusual tree next to the library. It is a Moreton Bay fig tree (Australian, I think) and was planted in 1883. I’d like to think it will still be there in another 137 years! 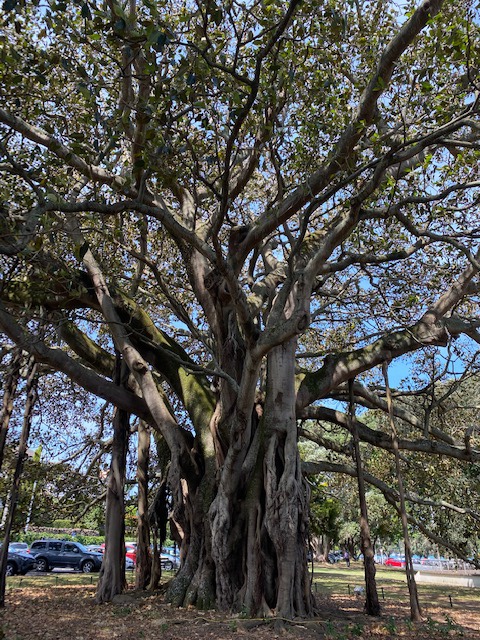 On the way back to Papakura, we stopped at Sylvia Park, a large shopping mall in Mt Wellington, where amongst other things, I had my first experience of frozen coke!

It was such a lovely way to kick off my NZ trip. I can’t wait for the adventures to follow!